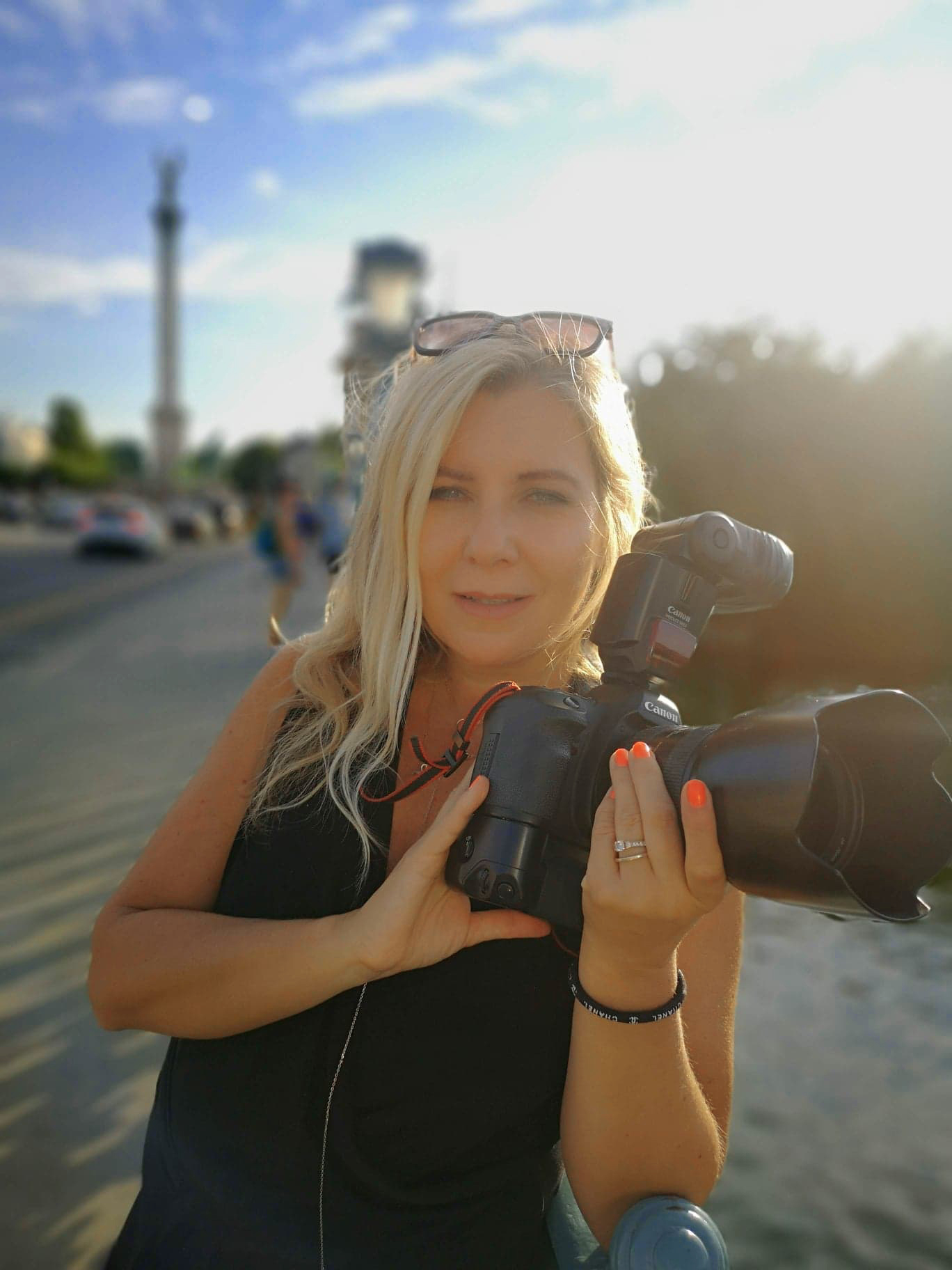 Hungary is home to many talented and innovative artists. Krisztina is no exception. She was born and raised in Hungary among talented artist, including her uncle Janos Vagreti (1925-2004), a well known painter and her sister Eva Vagreti Cockrille, an illustrator www.vagretievaillustration.com. Inspired by her uncle and sister, she enrolled at the School of Applied Arts at the age of fourteen. Here is where she developed her talent in photography. At the School of Applied Arts, she hosted many exhibitions and took part in many others. At the age of fifteen, Krisztina published her first photograph in the Hungarian Observer Magazine. She was also awarded the prestigious Nivo Award (1989) for photographs she submitted into the “Face of Kids” national competition. This honor allowed her to explore other avenues of her craft. Shortly after graduating from the School of Applied Arts in 1991, American author, Kay Hooter used her photographs for the Hungarian publishing of her book. In 1995, she was accepted to the Moholy Nagy University of Design and Crafts in Budapest , where she studied Visual Communication and Photography. Here, she earned her MA in Visual Communication and Photography. Krisztina has traveled extensively, photographing the lives and cultures of many, in all the corners of the world. She has photographed the sphinxes in Egypt, Mayan and Inca villages in America, life in Thailand. She has also photographed private functions, capturing special moments filled with emotion. During the years of 1995-2002, she created a summer Photography Arts Workshop in a quiet little village in Hungary which she directed and organized for international artist. She has been invited to diplomatic functions at the Hungarian Consulate in the United States to photograph heads of states. She has been invited to concerts and movie and fashion shoots. Her photographs capture the moment like no other and allow the viewer to share the moment with her. Join her as her photographs take you on a journey and leave you breathless. Today, Krisztina lives in New York with her husband Miguel A. Rojas, a computer Artist and web designer at www.webindays.com.